Breaking Free of the Status Quo! 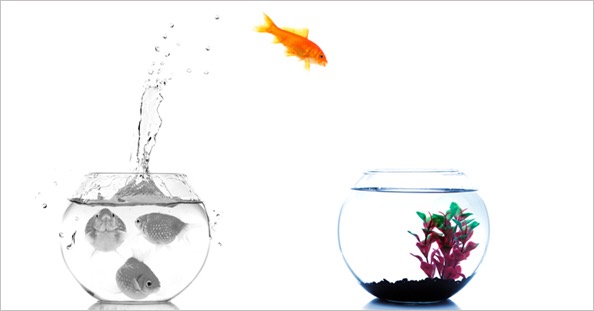 “Now those who had been scattered by the persecution that broke out when Stephen was killed travelled as far as Phoenicia, Cyprus and Antioch, spreading the word only among Jews. Some of them, however, men from Cyprus and Cyrene, went to Antioch and began to speak to Greeks also, telling them the good news about the Lord Jesus. The Lord’s hand was with them, and a great number of people believed and turned to the Lord.”
– Acts 11:19-21

This text describes such a critical turning point in the missional narrative of Acts. Even after the believers were scattered, most kept their ministry confined to the Jews. Yet there was “some of them” who were wired and inspired differently for a different impact. This is the point in church history when the focus turns externally to the unreached majority of the world. From this point on, God’s redemptive story in the book of Acts is largely focused on a mission to reach Greco-Roman cities and nations.

I wonder who these courageous people were who broke out of the norm—who broke “the rules” in  order to connect the gospel with those who were the furthest from God? Would they have seemed like rebels to the establishment? I wonder if they had been frustrated by the “Jewish only” mission to that point? I wonder if they had been accused of being critical of the status quo?

Whoever they were, and whatever they were like—praise God for the “some of them.” Every generation needs a fresh batch of creative and anointed “some of them” to bravely pioneer new Kingdom works in new God directed ways.

This is the type of person I love to spend time with and help shape for the sake of launching new Kingdom outposts and expressions of the church: churches that will functionally prioritize the making of more and better disciples of Jesus and the advance of God’s Kingdom; churches that will emphasize outward focused multiplication rather than inward focused addition; and will prioritize sacrificial giving rather than just receiving as a way of life.

I’m incredibly grateful that my role with CRM/ChurchNEXT as Director of Pioneering Initiatives has positioned me to serve full time to this end. I am passionate about discovering, developing and deploying a new generation of radical apostolic men and women who are crazy in love with Jesus and resolutely committed to his mission. If you happen to be reading this and your heart has been aching to break from the status quo of the typical institutional approach to mission and church planting, get in touch with me! I’m convinced it takes a new kind of leader to lead new kinds of ministries—ministries that are desperately needed to connect Jesus with the majority of our unreached world today. Please join me in praying for a fresh unleashing of the “some of them” who are willing to break free of the status quo for the sake of the gospel.

I would love to hear your thoughts, so leave a comment!

11 Responses to Breaking Free of the Status Quo!