The relationship between faith and healing 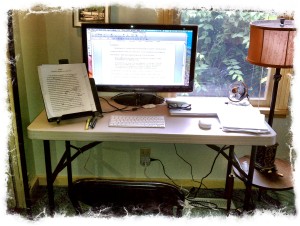 The work continues on my book called, “Just How Good Is The Good News?”  The following is a small section from my chapter entitled, “Good News For the Sick – Jesus our Mighty Healer!”  Thanks for reading it and I would greatly appreciate receiving any feedback you might have regarding its substance, style or whatever!

The relationship between faith and healing

One of the first things many would think of as an important ingredient for divine healing is faith.  Biblical faith is not mere intellectual assent, but rather the kind of trust that leads to surrender and active obedience.  Concerning the importance of this ingredient, Mark records an incident that took place in Nazareth with the ministry of Jesus:  “He [Jesus] could not do any miracles there, except lay his hands on a few sick people and heal them.  And he was amazed at their lack of faith” (Mark 6:5,6).  Jesus Himself was limited in what he desired to do for people by an environment of unbelief!

It is important to clarify that faith itself does not heal.  Faith is like a channel through which divine healing may flow.  God heals through faith in him.  A misunderstanding of this principle has led many to misplace the purpose of faith.  Numerous times I have heard teachers exhort people to have greater faith.  We must move ahead very carefully at this point.  While faith is imperative for healing, it is never “faith in faith” that heals.  Unfortunately, many sick saints in the body of Christ have been wounded even more deeply by being told that their continuing sickness is due to their lack of faith.  Over the years I have witnessed a number of “faith healers” vigorously praying for some kind of move of God, only to leave the poor person worse off than before they were “ministered” to.

Several years ago I found myself in such a situation.  I was at a conference when the opportunity was provided for the sick to be ministered to.  At one point I became a part of a ministry team that was going to pray for a dear woman in a wheelchair.  She had obviously been in that condition for most of her life.  Her legs and feet lay lifeless against her chair, in which she spent most her time.  After several minutes of boisterous prayer, one man told the woman she ought to take off her shoes and stand up.  She said, “Oh no, I can’t do that.”  The man replied that she would not be healed unless she did.  Finally, they persuaded her to follow their instructions.  With great effort, she tried to stand.  When it was clear that it was not going to happen, the small ministry team transitioned quickly with impersonal comments about her situation.  The final word one guy offered was, “You just need to have more faith.”  And then they left her barefoot in her chair.

I had to control my attention at this point.  Part of me wanted to have those dudes arrested for spiritual abuse.  I regained my focus and simply sat with the woman for a few minutes before I offered to help her with her shoes.  With tears streaming down her face she shared with me how this was not the first time that this had happened to her.  Feeling very awkward, yet somehow privileged to be with her, I listened to her story and quietly prayed.  It became incredibly clear to me that I was with a real woman of faith and a warrior in the Kingdom.  Perhaps like the apostle Paul, who the Lord would require to live with a thorn in the flesh, this wounded disciple would serve her Lord from a wheelchair.

So while faith and healing are dynamically tied, exercising one’s faith is not a guarantee that healing will occur.  That is why “Divine healing” is preferred to “faith healing” in describing this gracious work of God.  It is the Person of Christ rather than the quality or quantity of our faith that is the basis of healing.  The fact is, the size or quality of one’s faith is not as significant as to whether one is exercising the faith that one has.  Jesus promised, “I tell you the truth, anyone who has faith in me will do what I have been doing” (John 14:12).  Jesus’ concern is not so much with the quantity of faith, but rather the reality of faith that is put into practice.  As Jesus put it, “I tell you the truth, if you have faith as small as a mustard seed, you can say to this mountain, ‘Move from here to there’ and it will move” (Matthew 17:20).  We are encouraged to exercise whatever faith we have.  Our faith is meant to point our hearts in humble confidence to the One who is all sufficient in everything.  Faith then functions as the channel through which healing can flow from a loving, powerful God to a man or woman in need.  Again, it is not faith in faith, but rather faith in God that promotes the atmosphere for healing.

Perhaps an even greater issue with regard to faith and healing is the position and practice that teaches that we should not expect God today to heal the sick through the body of Christ.  A number of times through the years I have been confronted by people who are offended that I regularly encourage people to pray with expectation for the sick.  One woman recently told me that encouraging people to expect that they will be healed only sets them up for disappointment when it doesn’t happen.  And what then does that communicate about God?

That might be a legitimate question that deserves some prayerful thought.  In fact I will deal with this at length in a later chapter called, “Good News for the Suffering.”  Yet here’s another question to consider.  What might it say about God if divine healing does occur as a result of our praying for someone with expectation?  The Scriptures are certainly not silent on this point.

Clearly one’s faith or lack of faith in divine healing influences the manner in which prayer for the sick is offered, if offered at all.  I agree with Derek Morphew when he writes; “Dispensationalism and cessationism combine to reduce what people expect today when they pray.” [1]  Yet for most people the resistance to such prayer is not really theologically based so much as a simple issue of fear and pride.  It’s not ultimately about God, or even the person being prayed for.  It’s about me!  “I am afraid that nothing will happen if I pray specifically for the lump on my friend’s back to go away.”  And so prayer is not offered and healing does not happen.  But at least I don’t look stupid.

Bottom line, our faith is not in healing, but in the God who heals.  And so we pray for the sick in humble confidence and in obedience to his command.  We simply put our trust in God’s loving presence, promises and power and ask him to do what only he can do.  As we pray we don’t have to whirl anything up to get God to move.  Such behavior only serves to put the attention on ourselves and places a heavy weight on the person being prayed for.  Praying with expectation without an agenda is a healthy posture in confronting sickness with the healing presence of God.

Please leave a comment and let me know what you think!  Thanks.

Director of Pioneering Initiatives with Novo Mission Inc. www.pioneeringinitiatives.org bill.randall@novo.org
View all posts by Bill Randall →
This entry was posted in My book. Bookmark the permalink.

16 Responses to The relationship between faith and healing